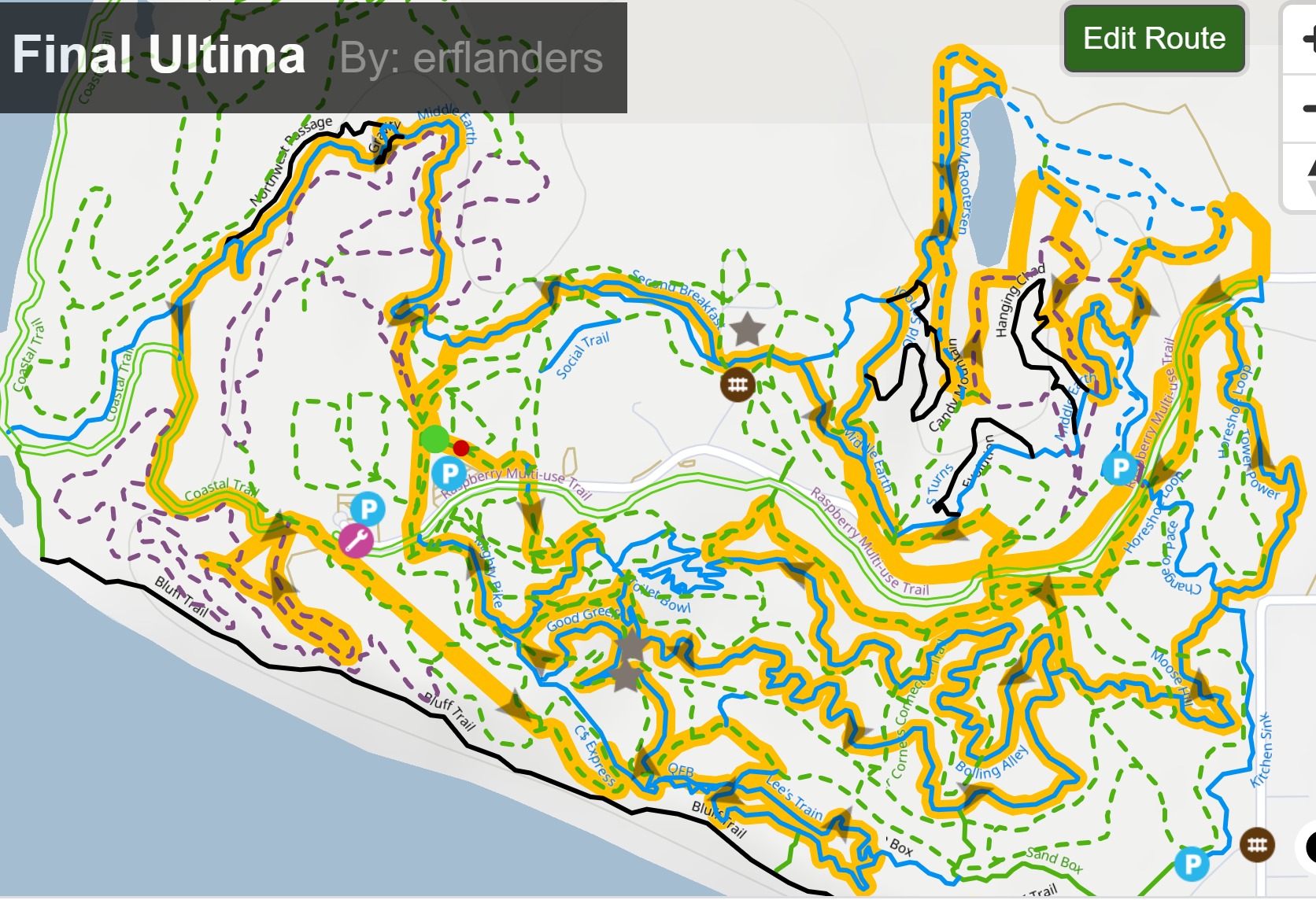 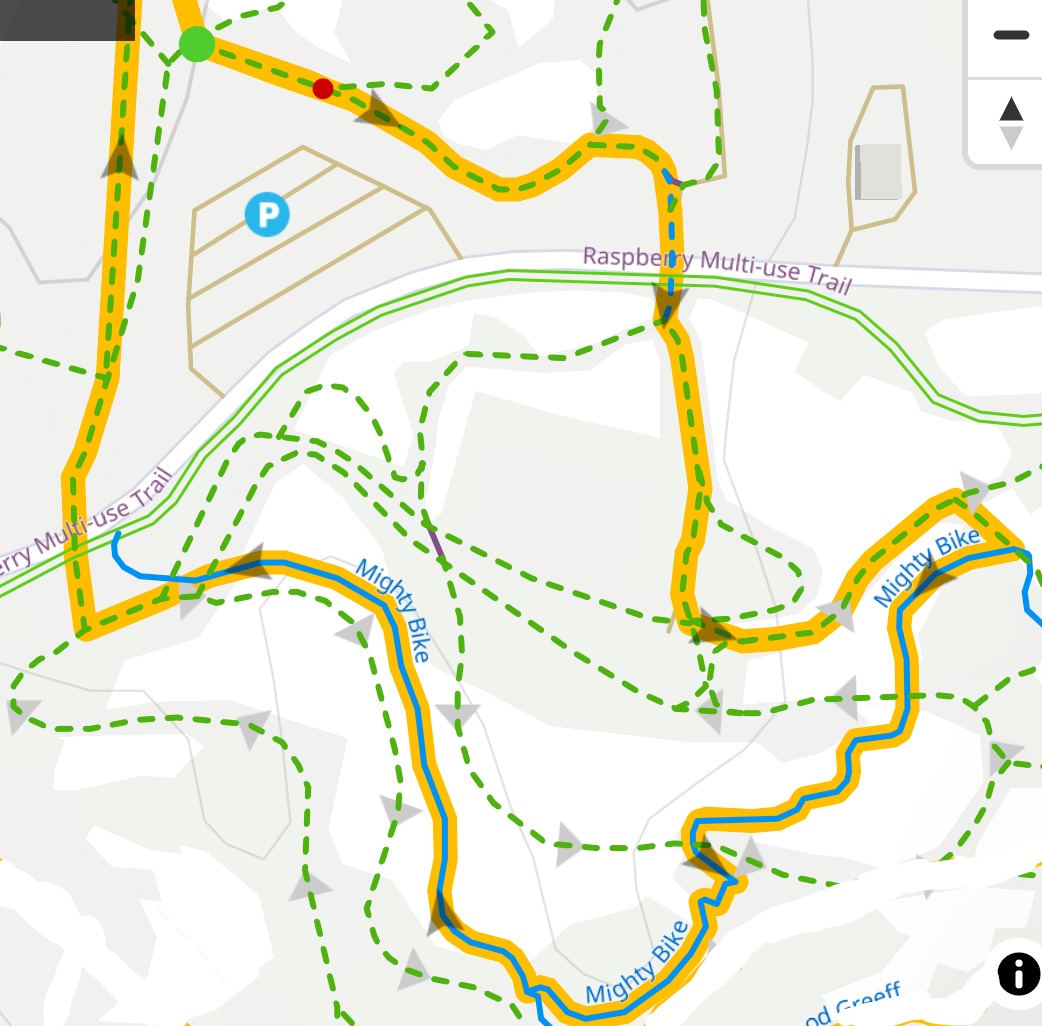 Racers should always follow the flags to their right. There are multiple areas where the course winds back on itself, so it is imperative that racers heed and follow the flags to their most immediate right. Every effort will be made to clearly mark all intersections, turns off of trails, and transitions. Any single track trails that involve continuous riding (i.e. Bolling Alley) will be more lightly marked – racers should stay on these trails until they see flags directing them to turn off/exit.

The course begins with a neutral roll out around the start/finish lap. This lap will be completed once during the start for all racers, once during the finish for the Donzo 1-Lappers, and twice for the Monty 2-Lappers (once to complete the first lap, and once to finish).